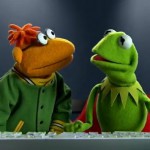 Today was the fabulous Rainbow Bookfair, held by the Center for Gay and Lesbian Studies at the CUNY Graduate Center, where I unveiled the brand-new second edition of the zine (new intro, new ending, new pics!) and spoke on a panel about it.

A few hundred people attended the conference, with exhibitors ranging from the Feminist Press to Butt Magazine, an all-day poetry salon, book readings and signings, and a plethora of panels.

My panel, about LGBT biography and history, put me alongside the esteemed Brad Gooch, biographer of Flannery O’Connor and Frank O’Hara, and the marvelous Joan Schenkar, recently nominated for a Lambda for her doorstopper biography of Patricia Highsmith. We talked about how to enter the character of the subject, recreate a historical period and find sources, among other topics. The hour flew by.

The last question was, “Did you have a seed moment when you knew you had to write this biography?” I replied that while I started writing the zine because I was intrigued by Richard Hunt’s participation in dual worlds, I committed to the full-length biography because I came to really care about him through what I found out. As Gooch had said earlier, writing a biography really is like a relationship.

Then Gooch chimed in: “Yeah, it’s like marriage! There’s infatuation, but then you have to live with this person every day. You have to wake up with them every day!” We all laughed, and it was a nice illustration of our differences as an emerging biographer and a more established one. So much to learn!

I also caught the queer playwrights panel, where Sarah Schulman was her usual droll, blunt self. She made a intriguing distinction between entertainment and art – entertainment tells people what they already know, while art expands what they know. Not sure it’s that simple, but fun to think about. Also Tom Leger was charming.

Other highlights included meeting people like Jordan Schildcrout and Adam Baran; seeing excellent queer YA author Rigoberto Gonzalez on the LGBT youth writing panel; winning the rigged raffle; and, of course, running into everyone I know. Good times!

In other news, the Muppet Madness Tournament Round 2 results are in! Some of these are a real surprise.

First, in The Show category, Fozzie took a shocking 67 to 33% victory over Miss Piggy. Kermit took a predicted win over Animal, 57 to 43%, so Fozzie and Kermit meet up in round 3. Will the sidekick edge out the frog? It’s anyone’s guess.

In The Rock, as predicted, Steve Whitmire’s characters won both matchups — Wembley edged out Red 52 to 48%, and Sprocket beat poor Boober 62 to 38%. My guess is Sprocket will triumph in Round 3.

The Street was possibly the closest watched category, with Bert and Ernie edging out Elmo, 55 to 45%, in the last days of the round. It was close there for a while! Cookie overtook Oscar, 53 to 47%. I was rooting for Oscar, but Cookie’s good enough for me.

Round 3 has a wild card category — you can vote to bring back your favorite character eliminated in previous rounds! I’m not-so-secretly hoping Beaker makes a big comeback…

Stay tuned for Round 3, and more Muppet- and zine-related news!

This entry was posted in Uncategorized. Bookmark the permalink.