The Muppets passes my most important test – it’s funny as hell. At moments, it’s old-school, Muppet Show funny — and that’s my highest praise. 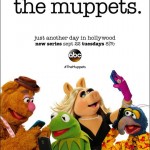 Puppets are a great art form: They don’t die. The most beloved outlive those who brought them to life. Jim Henson’s been gone for 25 years, and the Muppets are back on primetime television – on ABC, which rejected The Muppet Show forty years ago, making their zealous promotion of the new show especially sweet.

Since I’m Richard Hunt’s biographer, and hence a historian of the Muppets’ “classic era” (roughly 1970-1990), people assume I will critique the new show for not being enough like the old stuff. But actually, my role as a steward of that history frees me to enjoy the new show, to allow it to be a product of its time. If the new incarnation were just like the old, then the classic era – which even Frank Oz called “a Camelot time” – wouldn’t seem as special. True creativity not only allows for but thrives on growth and change. I enjoy seeing what The Muppets comes up with.

I also enjoy seeing the various expectations and assumptions the viewers bring to the show, their various disappointments and complaints. I don’t quite understand the whole brouhaha around the show being too “adult” — the Muppets have always been adult; it was Henson’s great chagrin to be pigeonholed as “kiddie entertainment”. Even classic Sesame Street (which now comes with warning labels) was meant for kids to watch with parents, and for parents to enjoy watching. The Muppet Show pilot was called “Sex and Violence”, for pete’s sake. 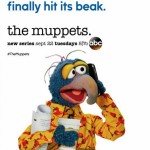 The Muppets isn’t too adult, but sometimes it’s a little too mean. Tasing Beaker is tasteless, especially just for kicks. The fat jokes at Piggy’s expense – in both episodes – are too nasty to be funny, both delivered behind her back without even the hope of a karate chop, and especially glaring as she’s the only major female role on the show, with apologies to Yolanda – or should I say Pepe? Pepe’s “Gender is fluid” line is not only hysterical but a great example of how the Muppets can be grown-up and contemporary while maintaining their essential nature. Pepe delivers the line with straight-faced self-respect; his calm confidence in himself is part of the joke, and the audience is in on it. We want to laugh with the weirdos, not at them. This is why people love Gonzo: he’s so exhilaratedly weird.

I enjoy watching the new influences at work here. Co-producer and writer Bill Prady worked at the Muppets before his more well-known TV career, making him an interesting choice to both honor the original vision and carry it forward. The Muppets have always had an undertow of absurdity, and director Randall Einhorn has the chops to crash that undertow onto some strange and funny shores. Yet both come from shows (The Big Bang Theory, The Office) where the humor often seems driven by a mean streak, which hopefully won’t take root here.

The show also feels very much like an ABC prime-time sitcom, a Muppet variation on their “wacky family” format, with the mockumentary angle a nod to their standout hit Modern Family. The Muppets have always played with the fourth wall, so this extra dimension is right up their alley, giving different characters the chance to narrate, as well as drawing attention to the camera, and hence the audience, as a presence. The blatant ABC cross-promotion so far has worked – Tom Bergeron was unexpectedly funny, national treasure Laurence Fishburne stole the show – but let’s not forget to foreground the Muppets. Although – I would watch the hell out of Pepe flirting with Sofia Vergara.

Speaking of Pepe, Bill Baretta’s mere presence here fuels my optimism. The man is just so damned funny. He’s stepped into Henson’s shoes not just as his characters (Rowlf, Swedish Chef, Dr. Teeth), but now also as an executive producer on The Muppets. If his sense of comedy counts for anything, we’re in good hands. Especially if they’re Bobo’s hands. 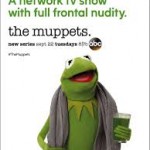 My favorite moments on the show seem straight from the classic era – Janice’s “Imagine Dragons” bit could have come right from the pen of Jerry Juhl. Of course, some of the show’s performers are from that era, and just keep getting better.

Dave Goelz plays characters that are weird even for the Muppets (Gonzo, Bunsen, the beloved Boober Fraggle on Fraggle Rock). He started 40+ years ago as a designer and builder, with no thought of being a performer, perhaps why his work remains so playful and fresh. Zoot was his first major character, so it’s a kick to see that character not only revived, but relatively talkative.

Steve Whitmire (Kermit, Rizzo, Beaker) has made Kermit his own, while honoring the character’s essence. Henson and Whitmire worked together for many years, even sharing the same birthday, and the continuation is heartwarming to watch. I don’t find Kermit to be acting out of character, as some have objected; while he does manipulate Piggy in the second episode, ultimately he does so by reminding her that she’s not being true to herself. I also don’t get the flurry over Kermit and Piggy breaking up. As with Bert and Ernie, whether or not they’re “together,” they’re a pair, with an established dynamic; whether or not they’re together, they have a relationship. 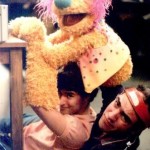 I’m especially fond of David Rudman’s Scooter, originally a Richard Hunt character. Hunt modeled Scooter after his own excited young days at the Muppets. “I talked a lot like him, ‘cause he’s my voice,” he said. A decade later, on Sesame Street, Rudman was the eager newbie and Hunt the helpful mentor, another layer to the character and its homage. “I think about Richard all the time when I’m doing Scooter,” Rudman told me. “It’s really just keeping his legacy alive.”

I also enjoy seeing Jerry Nelson’s legacy on the show, particularly in the work of Matt Vogel, whom he mentored. Vogel does a great Floyd, right down to the braying smoker’s laugh, and a wonderfully queenly Uncle Deadly who speaks like Patrick Stewart. To round out the roll call, Eric Jacobson does fine work with Frank Oz’s characters (Fozzie, Animal, Sam); the sheer choreography of Piggy’s pre-Groban tantrum was a puppeteering tour-de-force. People forget the extent to which puppeteering is a physical feat; these performers aren’t just “doing voices”, they’re bringing these characters to life. Best of all, they’re making us laugh, no matter what era we’re in.

So I’m enjoying the excitement and debate around The Muppets, and looking forward to seeing how the show develops, but otherwise I’ve got no dog in this fight (except maybe Rowlf). My advice on the show is just to let it be what it is; you’ll enjoy it more that way. A sentiment with which I think the Muppets would agree…